Physically similar to his counterpart, 2p!Austria's hair usually varies from brown to black, but in some fan interpretations, it is blonde or red. His eyes are often brown or red.

His clothes are similar to his counterpart's; however, most people change the colors to red and black.

He is arrogant, with a brat toss attitude. He prefers to goof instead of acting formal. He is loud mouthed, speaks informally, and is particularly lany. He’s also a big pervert and isn’t shy when it comes to anything sexual.

In other interpretations, he is shown to be extremely egotistical yet caring towards his friends, even though he does not show that side often. He is often interpreted to be a necromancer or a ghost whisperer, and believes that his outlandish interests can lead to people not approaching him. He's very picky with his friends and is fairly close to both 2p!Prussia and 2p!Germany. 2p!Austria is quite protective of those he cares about and has a eloquent vocabulary, similar to Shakespeare. He can be a bit flirtatious at times and enjoys rock music. He has trouble playing instruments besides the electrical guitar, a contrast to his 1p's musical talent. Another contrast to his 1p is that he doesn't mind marine creatures- instead of being scared of them, he finds them rather beautiful. 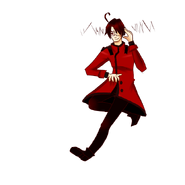 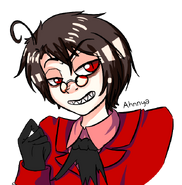 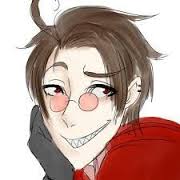 Add a photo to this gallery
Retrieved from "https://2phetalia.fandom.com/wiki/2p_Austria?oldid=18131"
Community content is available under CC-BY-SA unless otherwise noted.